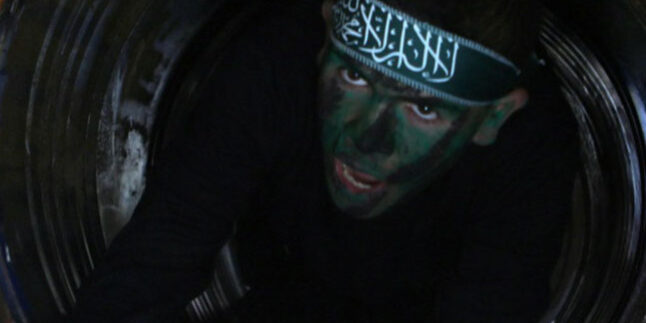 The history of tunnel warfare runs deep going back to ancient times and continuing up to the present from the Greeks, Romans, medieval Europe, Asia to the Middle East. There was the elaborate Cu Chi tunnel system built by the Viet Cong for the launching of the Tet Offensive in 1968. Bin Laden, the terrorist engineering expert, built elaborate tunnels in Afghanistan with the U.S. responding by using bunker buster bombs.

There is much cross over between terrorist proxy organizations like Hezbollah and Hamas. They show copy-cat behavior. As proxies for Iran they also received North Korean aid in construction. A lawsuit filed for victims of Hezbollah rocket attacks in 2006 demonstrated that when the judge cited the deep assistance of North Korea to Hezbollah right down to having copied Korean tunnels in the demilitarized zone between North and South Korea.

Dr Nancy Hartevelt Kobrin is a graduate analyst of the Chicago Institute of Psychoanalysis and a PTSD trauma expert, she taught and supervised psychiatry residents in Minneapolis, where she had a private practice. She is also a graduate of the Human Terrain Program, Leavenworth, Kansas, which is affiliated with the U.S. Army. Dr. Kobrin holds an academic appointment as an external expert at La Universidad de Granada concerning Jihadis’. She has authored The Banality of Suicide Terrorism (also in Hebrew), Penetrating the Terrorist Psyche, The Maternal Drama of the Chechen Jihadi, The Jihadi Dictionary and The Last Two Jews of Mogadishu Living under Al Shabaab’s Fire.