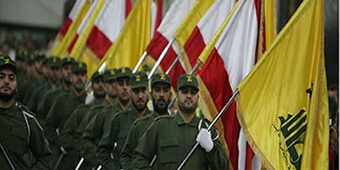 Starting as a revolutionary Shiite militia, the Hezbollah of today dominates the political and military landscape of Lebanon, and possesses tens of thousands of trained fighters as well as an array of sophisticated armaments. Its intervention in Syria on the side of Bashar al-Assad has expanded its influence and reach in the region. As the war in Syria comes to a close, the risk of conflict between Hezbollah and Israel could increase, particularly over the future of the Golan Heights. But the mutual deterrence between the two foes remains strong for the time being. The United States is searching for strategies to limit the power of Iran’s Lebanese proxy, but given the group’s deep immersion within Lebanon’s political, economic, and social milieu, the number of realistic options for external powers to weaken Hezbollah or persuade it to forsake its armed wing are minimal.

Nicholas Blanford has been a correspondent for The Christian Science Monitor since2002. He has lived in
Beirut since 1994 and is author of Killing Mr Lebanon: The Assassination of Rafik Hariri and its Impact on
the Middle East (2006) and Warriors of God: Inside Hezbollah’s Thirty-Year Struggle Against Israel (2011).
ITCT is grateful to The Middle East Institute for granting us to publish the research which is a property
of the organisation. ITCT does not necessarily endorse any or all views expressed by the author in the
research article.