Jihad and Fatwa: From Education to Extremism 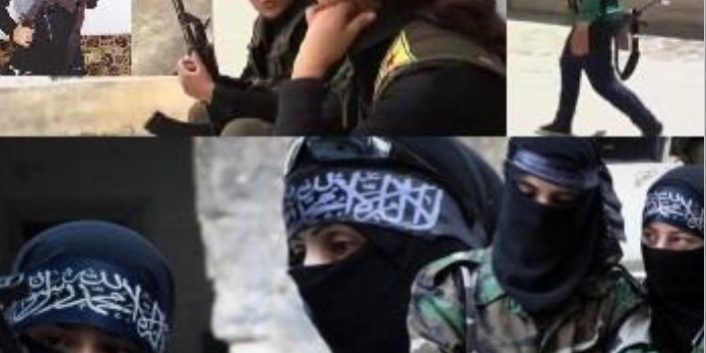 Abstract~ Education is a fundamental human right, which must be respected by all. The 19th century jihad focused on education and religious values within the Sokoto Caliphate in Nigeria. The 20th century changed the dynamics from education and respect for religious norms to violent extremism through radical religious commands (fatwa). Nonetheless, Islam is a religion of peace, which advocates for unity and considers extremism a violation of the holy Quran[1]. Radicalization begins from childhood, through misguided teachings by religious clerics, cultural communication, and scientific explorations on jihadist torts.  Thou, jihadists link deviant behaviour to totalitarian regimes and non-respect of ‘sharia’, extremism is evil. Islamic writings and teachings are against suicide and attacks of civilians. This paper deconstructs traditional narratives of jihad from the 19th century and points education as a major aspect for counter terrorism and extremism. The problem is not just radical command (fatwa) issued by religious clerics but taking away that ideology of hate and extremism.

Merriam-Webster dictionary defines jihad as a holy war waged on behalf of Islam as a religious duty. Those usually engaged are called jihadist. The ‘holy war’ emerged in the 19th century in West Africa, with the creation of the Sokoto caliphate (in Nigeria) influencing that of Masina, Tukolor and extending to Northern Cameroon[2]. Jihad came as a reason to revive Islam through the creation of a Caliphate, and provide educational scholarship. For example, in 1903, the Sokoto Caliphate provided scholarships to over 250,000 pupils in 25,000 Quranic schools[3]. The holy war in the 19th century achieved its purpose of revival of Islam through educational scholarships.

According to Asma Barlas, jihad is mentioned 36 times in the holy Quran[4]. There exist different types of jihād but are not limited to: jihād of the heart and soul (jihad bin nafs / qalb) which considered as “great jihād”[5]which rebuke deviant behaviour by radical religious clerics; jihād of tongue and pen (jihad bil lisan) for the propagation of Islam[6]; jihād by hand (jihad bil yad) in relation to social injustice through political action and protest; jihād by the sword (jihad bis saif)[7], practically adopted (readings and interpretations of the theological content of Islam) by extremists or jihadists to justify barbaric deeds (Paolo Maggiolini, 2016).

The concept of ‘jihad’ has changed during the past decades with the issuing of radical Islamic commands (fatwa) by extremists or radical religious clerics, striving for Islamic caliphs, to dominate the world and crush the ‘West’ (western educational)[8]. For example, Imam Abubakar Shekau goes beyond classical Islamic criteria ‘just jihad’, with his radical fatwa, employing weapons of mass destruction and rejecting Islamic laws using jihad for targeted killings. They believe that traditional Islamic values must be universally adopted to defeat the encroachment of Western influence and return to the purest form of Islam.  Jihadists perceive Western cultural and economic influence over pro-Western Muslim governments and the dilution of traditional Islamic law (Sharia) are all violations of the Quranic scriptures.

The proliferation of churches does not limit the fact that there are two leading religions; Islam and Christianity, be a Muslim or Christian, there are certain laws provided by God which should be respected. As such, the issuing of religious command (which inflict pain) by some religious clerics are critical to the core principles of Islam. The concept of Fatwa is heavily disputed in the Muslim world. The fatwa is an Islamic term for a legal opinion given by a Mufti or cleric in a situation in which Islamic norm is not clear or interpreted differently (Mah-Rukh Ali, 2015).

Fatwa should be a tool for the propagation Islam, peace and not extremism. For example; the 1979 fatwa by Iranian leader Ayatollah Khomeini relating to the death sentence of Salman Rushdie for his book ‘Satanic Verses’[9]. The question has always been who can issue a fatwa? Religious clerics or charismatic leaders can issue a Fatwa, with no requirement or formal education. Unlike an Alim (scholar) who requires formal education, must study Islamic Fiqh and jurisprudence extensively.

Saudi extremist cleric Sheikh Mohamad al-Arefe, was the first to issue a fatwa appealing to Sunni women to present themselves for sexual Jihad in Syria. It is common in ISIS controlled areas. Their logic is that Islam is like Christianity, a missionary religion in which God’s message is primordial, anything forbidden becomes “halal” in times of Jihad according to the extremists. Suicide is expressly forbidden in the Quran, as well as sex before marriage is not permitted. A fatwa is a major cause of contemporary warfare and jihad, following the rise of radical religious clerics advocate for war.

There exist several types of jihad; but this paper explores the radical crusade of ISIS. The ‘Nikkah ul Jihad’[10] is a religious duty inspired by controversial Fatwa, such ordering women to offer themselves as sexual servants to Jihadists. Men are granted permission to marry a woman for a week or hours, to have “halal” sex with her in order to pursue their Jihadi mission. A survey conducted in Tunisia revealed that, most women rescued from jihadist capture zones were pregnant, some infected with certain diseases as they were expected to have sex with 10-20 men[11] (Many Muslim scholars consider “Nikkah ul Jihad” to be an act of prostitution and violation of religious principles).

ISIS, the popular acronym for the Islamic State[12], is a global menace to the international order[13]. The rise of ISIS is as a result of the failure of major political and war strategies designed by the United States during the invasion of Iraq[14]. From the day in which Saddam Hussein’s symbol of power and control was brought down in Iraq, criminal networks emerged. During Al-Jazeera’s documentary “Enemy of Enemies”, the former national security advisor of Iraq, Mowaffak Al-Rubaiein during an interview said, “United States came without knowing as to what was happening”, they were unaware of the dynamics or the heritage of the power control in Iraq.

ISIS followers considered themselves as the most pure and pious Muslims and others are infidel. Those who pledge allegiance to them are considered as Muslims and all others are considered non-Muslims and a threat to ISIS. Rape is the signature tactic of the fifth wave of terrorism. This horrific characteristic is the ultimate truth of the modern warfare and terrorism[15]. Rape is used to infuse fear and violence in society as a weapon that may destroy the moral values of the targeted society. They use it to suppress rebellion or people conspiring against them. The ISIS abused women sexually while captivity and commit inhuman atrocities. For example, ISIS attack in the district of Sinjar where Isis fighters carried out series of rape on unmarried women and girls over eight.

In December 2014, ISIS released a pamphlet providing its followers with guidelines on how to capture, keep and sexually abuse female slaves[16]. Mah-Rukh Ali fellowship presentation in 2015 at Oxford University, expose some ISIS prerogatives for its followers. There include but are not limited to; Al-Sabi is a woman from among Ahl al-Harb [the people of war], al-sabi permissible [i.e., what makes it permissible to take such a woman captive] is [her] unbelief. Unbelieving [women] who were captured and brought into the abode of Islam are permissible for us, after religious leader distributes them [among us]. It is permissible to have sexual intercourse with the female captive.

Allah the almighty said: “[Successful are the believers] who guard their chastity, except from their wives or (the captives and slaves) that their right hands possess, for then they are free from blame [Quran 23:5-6]”. It is permissible to buy, sell, or give as a gift female captive or slaves, for they are considered as merely property, which can be disposed of as long as that does not infringe [the Muslim Ummah] any harm or damage. It is permissible to beat the female slave as a [form of] Darb ta’deeb [disciplinary beating], [but] it is forbidden to [use] Darb al-takseer [literally, breaking, beating], [Darb] al-tashaffi [beating for the purpose of achieving gratification], or [Darb] al-ta’dheeb [torture beating].

Asadullah Khan has a different narrative about the fifth wave of terrorism, perceived as authoritarian, with the rise charismatic religious clerics or leadership patterns which enables strategic operations[17]. The charisma and knowledge are major aspects which- influence leadership and criteria to avoid conflict within the organization. For instance, Abu Bakr Al Baghdadi[18], who served as a deputy under Umar Al-Baghdadi, took control over the top leadership (namely Umar Al-Baghdadi and Abu Al-Masri) were killed by the US forces.  However, it was during Baghadadi’s leadership that ISIS pushed by the US led coalition with the Sunni tribes and expanded into Syria during the Arab spring under the Assad regime. Baghdadi’s influence as a radical preacher issued fatwa ‘ethnic cleansing’. He also termed himself as a direct descendant of the Prophet Muhammad (PBUH) to strengthen his leadership rule[19]. Declaring himself as caliph[20], attracted foreign fighters from other groups who pledged allegiance (Boko-Haram).

Moreover, at the World Ulama Conference in July 2003 Dr. Muhammed Sayed al-Tantawi condemned the killing civilians far right religious tendencies, noting that: “Extremism is the enemy of Islam. Islam may adhere to jihad, when it defends one’s land against oppressors, but the difference between jihad in Islam and extremism is like the earth and the sky” (The Straits Times, July 12, 2003). Youngsters continue to be recruited to perpetrate attacks in accordance to fatwa issued by radical religious crusaders of ISIS.  As per Interpol database, there is increasing foreigners engaging in with terror groups, with 25,000 people coming from more than 100 countries; 4,000 be identified[21].

In addition to the above, the misinterpretation of fundamental teachings of Islam and radical fatwa as major causes of extremism. “Clerical figures must be involved in leadership roles” Those that issue religious commands and interpret the scriptures, need to be brief on how their leadership rule can be used to counter violent extremism. For example, Osama bin Ladin and Mullah Umar, use their leadership positions to issue radical fatwa for followers to attack the ‘West’. On the contrary religious clerics in Bangladesh in 2017 issued a Fatwa condemning terrorism and militancy, including violent attacks on non-Muslims[22]. They also declared extremist activities as “Haraam” (Prohibited in Islam)[23].

ITCT does not necessarily endorse any or all views expressed by the author in the article.

[5] Asma Barlas’s; Jihad, Holy War, and Terrorism: The Politics of Conflation and Denial

[7] P. Holtmann, Terrorism and Jihad: Differences and Similarities, in “Perspectives on Terrorism”, Vol. 8, No. 3, 2014. http://www.terrorismanalysts.com/pt/index.php/pot/article/view/352/html

[15] Read, Women of the Islamic State: Manifesto and Case study drafted by the al-Khansaa Brigade, 2015

[17]  Jeffrey Kaplan in his 5th wave of terror and Islamist terror movements  concept, the terrorist groups or organizations completely isolate themselves from society to prevent themselves from being influenced by the structural impurity present in the society, therefore they distance themselves from the society as a result and move to mountainous terrain or in far areas where access is limited.

[18] Abu Bakr al-Baghdadi is Samarra cleric born in 1971, became ISIS’s leader in May 2010. His crusade as the first caliph of a self-proclaimed Islamic Caliphate began on 5th July 2014 year, during a sermon in Great alNuri Mosque in Mosul, after the invasion of U.S in Iraq.

[20] Caliphs among Muslims are perceived as political successors to Prophet Muhammad. It should be noted that, the first caliphate made of several dominion was created after Prophet Muhammad´s death in 632. Critical to attest that, Baghdadi should taking same title, to breach certain religious principles of the Holy Quran.

[22] The Evolution of Islamist Radicalization and Violent Extremism in Bangladesh by Mohammad Humayun Kabir and Ashish Banik (BEI – Bangladesh Enterprise Institute) p.60 in THE EVOLUTION OF JIHADIST RADICALIZATION IN ASIA