The Khawarij Paradigm: Takfirism as Expression of Unconstrained Islamism 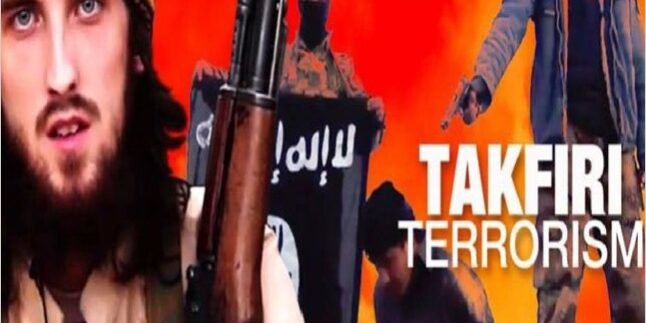 The evolution of the ‘Islamic State’ from an integrated to a fragmented group is now close to becoming an irreversible process. Senior figures of internal competing factions are striving to de-legitimize one another by authoring contradicting publications. These, it seems, serve a two-fold purpose: to strengthen respective claims over central institutions; and to fight for the support of Abu Bakr al-Baghdadi, leader of the organisation. The primary causes of this internal conflict appear to be the dispute over specific theological issues, such as differing interpretations of the concept of apostasy – takfir, as well as a more generalized criticism of the group’s attitude towards its territorial demise. Focusing on the former issue, this article strives to examine the existing relation between the ‘Islamic State’, through its systematic abuse of the doctrine of takfir, and the ancient Islamic sect of the Kharijites, which are considered by many to be the precursors of the modern-day extremist interpretations of takfirism. The telos of this research, then, is to shed light around this topic, on and of which little is said and known. The hope is that this will increase the understanding of those global extremist ideologies that features such doctrine and, in turn, result in more effective counter-narratives.    Furthermore, this report wishes to argue in favour of a ‘Kharijite paradigm’ to outline the feature commonalities between the above-mentioned sect and contemporary takfirist organisations. Through its function of quasi-category, this paradigm also captures set-flaws inherent to the current interpretations of the notion of takfir, as will be shown with the case of the ‘Islamic State’. Finally, this report argues that it is possible to distinguish a clear pattern amongst takfiri organisations. The volatile nature of takfirism, in fact, seems to concur as a factor in generating a mechanism of internal self-disruption wherein a potentially perpetual decay causes the splintering of the initial organisation into multiple sub-groups. From a theoretical standpoint, moreover, this process extends ad infinitum, and thus represents a theoretical model worth examining for counter-terrorism purposes.

Arturo Morselli is a second-year student in Religion, Philosophy and Ethics BA at Kings College London. He is to graduate in May 2020 with a dissertation project on Salafi Jihadism and a critical analysis of the theological elements in the ideology of the Hay’ at Tahrir al-Sham (a Syrian-based extremist group). He maintains a clear focus on the study of Islamic Theology and the way its interpretation feeds into such concepts as radicalisation and terrorism, with a further interest in the Middle East. He is also studying Arabic, so as to have a deeper understanding of original texts and Arabic-written content. ​He is about to finish a four-month long internship with a diplomatic NGO in consultative status with the ECOSOC of the United Nations, and has carried out in-depth research and analysis on matters of policy-making and geopolitics. He had had the opportunity to present and argue his report at the UN General HQ in New York City, which surely was an incredibly valuable experience. ​