What Is in The Name Branding Of ISIS 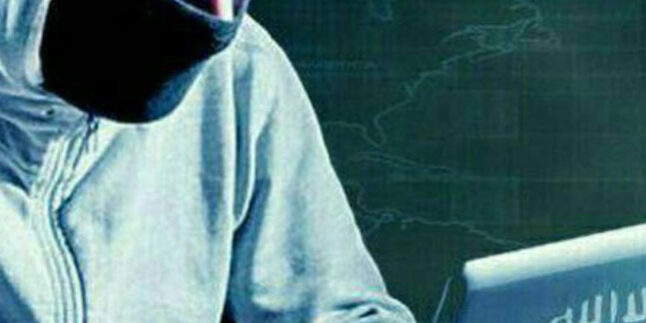 When is a person “from the Islamic State?”

It seems to be a really simple question, right? But I believe the media and law enforcement gets it wrong all the time. What should be a straightforward burden of proof issue is confused, or worse, purposefully misrepresented for sensational fodder or a premature indictment. Although currently fragmented and with a small leadership core and many loosely affiliated groups, the Islamic State, like other terror, crime, and business enterprises, is an organizational entity. It has a vision and a mission. Plans to achieve their goals. Leadership and a management hierarchy. It recruits and pays people to do a job in support of these goals.

Let’s say, for instance, I love Ferrari. I wear a Ferrari T-shirt and have Ferrari photo books. I watch their races and closely follow their strategy and decisions. I identify with their public message and brand promise of generating a “World of Dreams and Emotions.” I repost pro-Ferrari photos and videos on social media. Perhaps I have even written an email to the regional representative to express my adoration and support. Will anybody think or say that I am from Ferrari? Of course not. That would be a ridiculous stretch bordering on make-believe. I may be a fan, or even a super fan, but I do not have a place in their organizational structure.

People are too quickly branded

Yet, with similar, or even less, formal and proven connection to the Islamic State or any other terror organization, people are quickly branded as “from the Islamic State.” The link rarely goes beyond owning the black flag commonly associated with the Islamic State, having expressed sympathy or support online for pro-Islam or anti-West sentiments and actions, and possessing pro-Jihad material found in publications like the glossy English publications, Dabiq from the Islamic State and Inspire from al-Qaeda, and theological and military information brochures. Sometimes there are some tenuous links to casual and cursory communications with members or other followers on WhatsApp, social media, or message boards.

While these patterns of behaviors can be considered dubious, or even ominous, it is far from proof that the individual had intentions, plans, or means to execute terror or criminal activities. In criminal law, means, motive, and opportunity are three aspects of a crime that must usually be established before guilt can be determined beyond a reasonable doubt. Means refer to the ability of the person to commit the crime that he or she is suspected of, motive indicates the reason the person committed the crime, and opportunity tells whether the person had the chance to commit the crime. In many cases, these requirements are overlooked or hastily assumed to be present without proper investigation. When the materials mentioned are found in a suspect’s possession it is not an indication that a crime has been committed or there has been an intent to do so.

The Islamc State flag is not unique or illegal

Let’s take the “Islamic State flag” as an example. Variants of the Black Banner or Black Standard flag are a tradition dating back to ancient Eastern, Arabic, and Islamic cultures that have been adapted by different modern groups to brand their causes. The particular stark black-and-white design used by the Islamic State is used by other groups as well, including al-Shabab in Somalia, al-Qaeda in Iraq, and al-Qaeda in the Arabian Peninsula.

The phrase emblazoned at the top in white Arabic script reads “La ‘ilaha ‘illa-llah,” or “There is no god but Allāh [God].” This phrase, a declaration of faith, is known as the shahada. Below it, in the middle of the flag, is a white circle containing three words “God Messenger Mohammed.”

This illustration represents the Seal of Mohammed, which the prophet is believed to have used to deal official letters of invitation to foreign leaders. A replica of the seal is kept in Istanbul’s Topkapi Palace as part of the sacred relics collection. Despite the fact that terror groups have appropriated the design for their purposes, it is still considered sacred in the Muslim world because of the word “Allah” on it, which bans its desecration. It is not illegal to purchase or display any variants of the Black Standard flag in South Africa and elsewhere, except Germany.

Jihadist publications are widely available and not illegal

Next, persons found with materials considered to be Jihadist propaganda such as the Dabiq, Rumiyah, and Inspire magazines, and the “Muj Guide” may be a concern but is not a crime by itself either. Dabiq and its successor Rumiyah are English-language magazines published by The Islamic State’s media wing Al Hayat Media Center to radicalize and recruit Westerners to its extremist Jihadist cause. Inspire, also a sophisticated and glossy propaganda magazine, is produced by al-Qaeda in the Arabian Peninsula (AQAP) for the same target market and purpose. The “Muj Guide” is a guidebook offering detailed, illustrated explanations from an unidentified source of how to make bombs at home using widely available materials and ingredients. Although initially published on the deep web, these publications are now freely available on websites monitoring and recording Jihad activities, such as Jihadology.net and other document clouds. In most countries, except Australia and the United Kingdom, mere possession of these issues is not illegal.

Nevertheless, the media is quick to jump to conclusions when Islamic items are found in a suspect’s possession. Such a hasty portrayal is prejudiced and overlooks the lack of any real connections or evidence of terrorism. In fact, one can argue that the State’s lack of progress and endless delays in court proceedings in cases of this nature suggest a lack of credible evidence that can withstand the adversarial legal process and assumptions about intent and motive that cannot be proven.

The Thulsie twins and the presumption of innocence

Let’s look at a recent example from a psycho-legal perspective. Considering what is known publicly – of course, the prosecutors may have more up their sleeve, although the stalling in criminal proceedings suggest otherwise – of the arrest and charges brought against the Thulsie twins in South Africa, who are already widely branded as the “terror twins.” Apparently based on an investigation after a tip obtained from the FBI, the Newclare and Azaadvillehomes where 23-year-old Brandon-Lee and Tony-Lee Thulsie resided were raided on July 9, 2016. On suspicion of imminent terror plots, the twins were arrested and charged with 11 counts under the South African terrorism laws – the Protection of Constitutional Democracy Against Terrorist and Related Activities Act 33 of 2004 (POCDATARA). A twelfth count of fraud was added in 2018, allegedly committed in 2015 when the twins presented false passports at a border post between South Africa and Lesotho.

The indictment also mentioned that Tony-Lee participated in a series of Telegram chats with Abu Fidaa and other unidentified persons where he was “instructed” to attack US, UK, and French interests in South Africa, and kill Jews. He is also accused of discussing terror plans with an undercover FBI agent posing as an ISIS operator between May and June 2016.

Although only the presiding officer is constitutionally bound by a presumption of innocence until proven guilty, a cornerstone of English common law and universal human right, I argue that other parties, including the media, should also respect this principle and refrain from engaging in presumptive jungle justice. This include prematurely attaching a terrorist, racist, murderer, or other damaging label to persons without due process.

One should be very careful before labeling a person, especially a characterization that is potentially stigmatizing, as it could easily have unintended consequences. Labeling a person as a terrorist will isolate them and their families and loved ones from their communities and can act as a self-fulfilling prophecy by compelling those affected to seek support and acceptance in any way, they can find it.

In part, the radicalization decision has already been made for them, and every day that goes by makes a return to normal more challenging. Especially prisons are polarized environments where groupings can serve as some sort of protection and belonging. In other words, a person labeled a terrorist in prison has virtually no avenue to turn this perception around.

Entrapment is difficult to prove

The other practice of great concern is entrapment by law enforcement agencies. Entrapment is illegal, but has a high burden of proof as, legally, it has to involve a government agent resorting to extraordinary behavior such as coercion, threats, harassment, fraud, or other forms of overbearing pressure, including flattery. An invitation of offer to commit a crime is not considered entrapment. A reasonable person is expected to resist such “ordinary temptations” to break the law. It is also permittable to initiate the criminal activity, use undercover operations, or provide reasonable assurances that the offer is genuine. As such, in order to prove entrapment, a defendant bears the burden of proving by preponderance of the evidence that the officer is guilty. A lesser standard than “beyond a reasonable doubt” that usually applies in criminal cases, this means that the evidence provided by the defense has to be more likely true than not.

A speedy trial is a constitutional right

The right to a speedy trial is another constitutional human right that protects a defendant in most jurisdictions from arbitrary and unnecessary delays between the indictment and the beginning of the trial. By simply asserting that a person is “from the Islamic State,” an organization whose actions are so objectionable that this mere statement sometimes amounts to little more than fear-mongering, the State apparently expects the public and the courts to be more lenient and patient in allowing excessive delays, even when it clearly doesn’t have its house in order.

Has the NPA bungled another case?

Often evidence is scant, missing, presumptive, or circumstantial – a situation that apparently does not deter the National Prosecuting Agency (NPA) from hastily charging a suspect.

They tack on additional charges that are unrelated to the main case and request delay upon delay in proceedings. While neglecting to do a proper case management and suspect risk assessment from the start, cases are over-zealously brought to the already overextended court system. And, what is better to get into the headlines than maintaining someone is “from the Islamic State?” and was allegedly planning something awful.

Using the Thulsie case again as an example, two-and-a-half years after the arrest the State still appears to be far removed from pursuing a successful outcome. Their main evidence relies on information from abroad, which has still not been forthcoming. Without that, it seems, there is little substance left – while two young men, presumed innocent, with their lives ahead of them are spending years in prison without the chance to defend themselves. After all, the media tells us, “they – the terror twins – are from the Islamic State.”

Dr. Joan Swart is a South African psychologist, author, consultant and researcher. Dr. Swart has completed Masters in Forensic Psychology at the HLC-accredited Walden University and a doctorate at the BPPE-approved Eisner Institute for Professional Studies, based in Encino, California.…