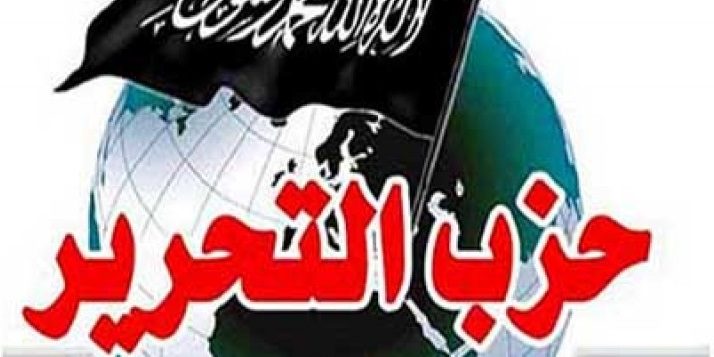 Hizb ut-Tahrir is an international, pan-Islamist and fundamentalist political organisation which describes its ideology as Islam, and its stated aim is the re-establishment of the Islamic Caliphate to unite the Muslim community (called ummah) implement the Shariah, so as to then carry the proselytising of Islam to the rest of the world.

The party was founded in 1953 as a political organization in then Jordanian-controlled Jerusalem by Taqiuddin al-Nabhani, an Islamic scholar from Haifa who was educated in Egypt and served as a religious court judge (Qadi) in Mandatory Palestine. Since then, Hizb ut-Tahrir has spread to more than 50 countries, and grown to a membership estimated to be between “tens of thousands” to “about one million”. Hizb ut-Tahrir is also very active in Western countries, particularly in England, and also in several Arab and Central Asian countries despite being banned by a number of governments. Members typically meet in small private study circles, but in countries where the group is not illegal, it also engages with the media and organizes rallies and conferences.

The basis of the party’s ideological structure has been “meticulously thought out and published in many detailed books” that are readily available. Al-Nabhani also developed a program and “draft constitution” for the caliphate, Articles of the constitution detail canons fundamentally related to the economy, society, judiciary, military and more.

Hizb ut-Tahrir has been banned in countries such as Germany, Russia, China, Egypt, Turkey, Pakistan and all Arab countries except Lebanon, Yemen and the UAE. In July 2017, the Indonesian government formally revoked Hizbut ut-Tahrir’s charter, citing incompatibility with government regulations on extremism and national ideology.

Its members were involved in terrorism, trying to over throw regimes as well as treason in many Asian, Middle East and European countries but HT denied these charges.

Hizb ut-Tahrir is legal in Britain and that country has become a “logistical nerve centre” of HT, where its leaflets and books are produced for global distribution, although Britain is not a Vilaya or “province” in the HT organization. According to Abdul Qadeem Zallum, HT global leader from 1977 to 2003, Britain is also the land of the “arch enemies of Islam”, who Muslims should “harbour hatred for” and “a yearning for revenge over”.

In 2005, the Home Office of the English government described HTB as “radical, but to date non-violent Islamist group” that “holds anti-Jewish, anti-western and homophobic views”.

In 2007, HTB “dominate[d]” the Islamist “scene” in Britain with an estimated 8,500 members, but has declined in size and as of 2015 has been described as “less influential”. As of mid-2015 Abdul Wahid was the leader of HT Britain, and the party was reportedly funded by private donations and membership revenue.

Although HTB has been threatened with proscription by the government twice—in the immediate aftermath of the 7/7 bombings by the government, and during the 2010 General Election by the Conservative Party and with blacklisting from airwaves and universities in another 2015 Tory plan as of 2016 it remains legal in Britain.