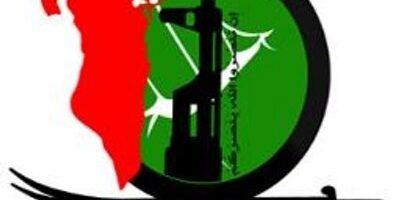 Saraya al-Mukhtar (The Mukhtar Brigade or SaM) is a Shia extremist organisation that was established during 2013. The group listed the ruling Khalifa royal family, Bahrain security forces and Saudi Arabia as targets for attacks. SaM refers to these targets as “a mafia/the Khalifa mafia”, “mercenaries/criminals”, and “occupiers”. SaM has claimed numerous attacks on Bahraini security forces by means of crudely produced improvised explosive devices (IEDs) and arson attacks. Though SaM is not specifically mentioned on the Bahrain government’s terror list, the list states that any group affiliated with Saraya al-Ashtar would be considered a terror group. SaM has commended attacks claimed by Saraya al-Ashtar, and by association is viewed as a terrorist organisation.Centre of OperationsSaM is mostly active in Manama and surrounding areas.

Saraya al-Mukhtar (“Squadrons of al-Mukhtar”; for the name cf. Wathiq al-Battat’s Al-Mukhtar Army Iranian proxy militia in Iraq) is a Shi’a Bahraini militant group that has claimed multiple attacks on Bahraini security forces since the end of 2013. On its Twitter feed, the group describes its aims as “towards the greatest liberation of Bahrain without the Khalifa family.” Echoing Shi’a militancy elsewhere in the region, Saraya al-Mukhtar places emphasis on the language of muqawama (“resistance”), though no direct links to Iran or Hezbollah have been definitively shown as of yet. The group also ties its activities to the cause of marginalized Shi’a in eastern Saudi Arabia.

The group is a Shia militant organisation that was established during 2013. It lists the al-Khalifa ruling family, Bahrain security forces and Saudi Arabia as targets for attacks. The group’s activities include the continued promotion and glorification of terrorism via social media throughout 2017.